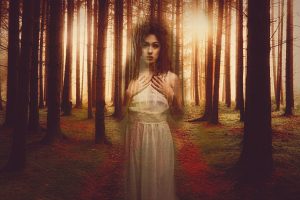 Sometimes they come to me in dreams…

…characters, that is. Which can be a little creepy.

Especially when it’s Marris… as a dead girl.

Only a select few know that I can’t stand children. No, not *all* children. Creepy ones in horror films.

The Ring seriously ruined me. When she crawls out of the…

Nope, not going there.

Here’s a little known fact – we have gravestones that we can see from inside our house. I haven’t posted pictures of them because they’re not actually on our land. But by estimates, there’s a possibility we own their feet. (cue the eye rolls, please)

Anyway, back to children…

I don’t know if there’s an age limit. Honestly, I don’t try to watch horror films. It’s a general rule. Because, well, I like to sleep.

Which poses an interesting conundrum since several of my characters are dead (in Shattered and Redeemed ONLY). And technically, since they’re under the age of eighteen, they’re children.

The creepiest one, by far, is Dieran (DEER-in). He’s no older than twelve and he makes lights flicker. He also attacks the deserving. If I were involved with Riverbrook–which I wouldn’t because experimenting on children (er, people, in general) isn’t my thing–I would run.

Only I wouldn’t get far because he’s a ghost with no physical limitations.

If Marris seemed a threat before, well, here’s Dieran. He’ll stop at nothing in order to protect the girl who is only back at Riverbrook because of him.

I’m hoping with the completion of this book, I can stop writing about ghosts. It’s creepy. But…

It won’t be any less dramatic because I live for drama. Not just *any* drama. Emotional and psychological tension and heart-wrenching romances and backstories. The kind of drama that makes us ugly-cry because it strikes a chord (several chords if I’m doing it right!).

I do this for almost every book I write. While I write, I think about Heartbroken by Lisa Unger, Bridge to Terabithia by Katherine Paterson, the movie P.S. I Love You, and a Turkish film called Sadece Sen (Only You).

Those stories move me the way I want to move my readers.

If you’re ready to be moved, grab a copy of Shattered today and reserve your copy of Redeemed.

Check it out today.