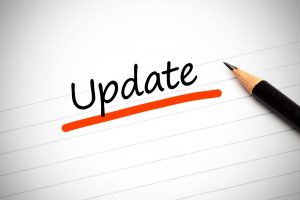 It’s been a while since I posted my last update. In that time, I’ve published two young adult novels for The Hexon Code series: Redeemed (#2) and Blackout (#3). 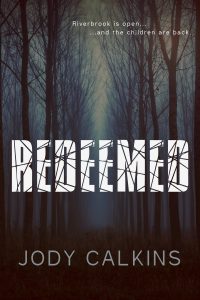 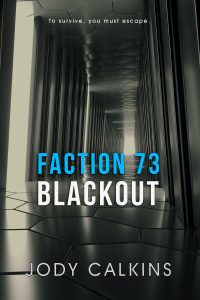 Currently, I’m working on Outcast, the fourth novel in the series, which follows the story of Ivy Gould, a girl who gets recruited into Faction 73 but fails to arrive at the pickup location on time due to personal reasons. If you’ve read Blackout, you’ll have a good idea of where Outcast is headed. Little do these characters know, they’re in for a wild ride which will someday connect them with Fira and Devon.

I was hoping to get back to writing the next book with these two lovebirds from Bought, but there is so much story that needs to take place before that happens. So believe me when I say I am just as disappointed as readers are about not being able to get back to them. I am dying to write more of their story.

But I have fallen in love with other characters for the time being and that will hold me over until I finally reach their part of the timeline.

One couple that I especially love is Dana and Donovan. There isn’t a single thing Donovan won’t do for the one girl who stole his heart that day they first met in the morgue at The Henry J. Martin Hospital where he worked as an intern with Dana’s mother (featured in Taken, an exclusive prequel only available through my mailing list – more info here). The question is, how far does he have to go to protect her? You can learn all the juicy details in the prequel and in Redeemed.

Another couple I love is Ivy and Shane (featured in Outcast, my current WIP). There were some terrible and heartbreaking mistakes that were made. In one huge turn of events, Shane will finally get his chance to make things right. But will it be enough? Find out soon!

Emerson and Gabe have an interesting and heartbreaking story as well. Raised as family (though not blood related) and secretly falling for the other, they steal the show in Blackout where they are recruited into Faction 73 and discover some terrible things about how the world works. Not surprisingly, the story is not over for them. No Way Out, the fifth book in The Hexon Code series, will put them right back where Blackout left off. They will continue their fight to the bitter end which will lead us right back to Riverbrook in Outrage (#6).

It’s going to be a wild ride, for sure, with lots and lots of twists. I hope you’re ready!

If you haven’t read Shattered yet, you’ll want to start there. Taken, my exclusive prequel, isn’t required reading, but it does share some details about Dana and Donovan before she ends up at Riverbrook.

Here is the line-up thus far:

So, you’re probably wondering where Tainted, Platform 273, and Bought come into play in The Hexon Code series. Well, they occur later in the timeline. You can read them all now if you want; it’s not obvious that they’re connected. But connections will be made in one of the next books that once again feature Charlotte and Sheprow. And of course more is in store for Adrienne and Luke as well!

Anyway, just wanted to share an update. Now back to writing!