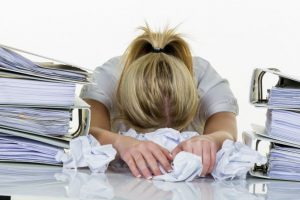 It’s been a while since I last wrote an article for you. I’ve grappled with not feeling like I have anything to say and feeling too overwhelmed with self-imposed deadlines to want to spend the time to write your articles. I also have three needy pets who add to my stress levels whenever they want to cuddle or get attention. The moaning and grunting gets really annoying.

Anyway, I have a plan. To sit down twice a week and just write what comes out.

I’m so often distracted by things like needy pets, the ringing phone, the noises the refrigerator makes, the random sounds of our old 1949 home, and just about anything that moves or makes a sound. Or when the cat splashes his paw in the water pail before taking a drink.

I guess that means I’m too highly tuned to being distracted that just about anything distracts me. Which leads to another obvious reason – anxiety.

What am I anxious about?

Not being able to write fast enough… Everything was peachy until I decided that my first five novels fit into the same story world (the young adult dystopian thriller series, The Hexon Code). YAY!!

All but one of those five novels occur later in the story world’s timeline which means I have to fill in the timeline gaps with more novels. I had to write a sequel to Shattered. Then I figured I had three more novels and then everything would be set.

Well, as I dug deeper into the stories, I came to the harrowing realization…

…that there were more characters who needed their stories told.

I’m eager to get back to writing about Fira and Devon, but the writing is moving slowly. Too slowly for my taste, but what am I going to do about it? Writing sprints would help, but then I’d be left with the task of editing out the junk. Maybe I’ll resort to that method. It’ll depend on how desperate I become.

What else am I anxious about? There has to be more. Right?

Measuring up, maybe? It seems the more books I write, the harder it gets because I feel like I have to write better than before. Each new book has to be better than the last one.

Generally speaking, if a writer is paying attention, her skills do improve with each new book. But lately I’ve been worrying that they’re not. It’s a confidence issue, really. Which is easily remedied by working on improving my craft. With just fifteen minutes a day of reading a book on the writing craft and considering how to incorporate the things I’m learning into my current works-in-progress, I can almost instantly feel better.

So, that’s something I’ve been doing again. Plus it’s just a part of the job. Always learn. Always practice. Always improve. That’s my new motto.

I also have to remind myself that I don’t have to have everything figured out right this instant. I can wait. I can focus on my next few steps instead of trying to look so far ahead that I get lost on the path or plop down on a park bench because I’m too overwhelmed.

Little steps. Small daily progress. Those are things that will help me right now.

I hope this article finds its way to other readers who are experiencing similar situations. May they feel encouraged with a renewed sense of a mission!